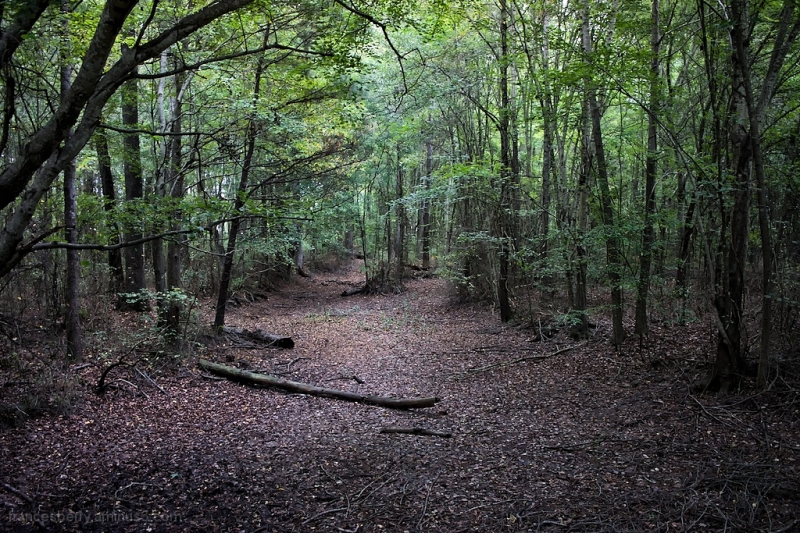 Previous Next
← previous day next day →

My husband is an historian of the American Civil War and we are working together on a photojournalist project called CSI: Dixie. We are investigating cold case civil rights murders from the 19th century, following coroner's reports from 6 counties in South Carolina. This last Sunday we went to "The Early Charleston Road" north of Columbia, SC to the site where a young slave was dragged to death behind a horse. Grim business. But his story deserves to be told.

This photo depicts what is likely the last thing this young man saw before he died. The body was found about a mile north of here and it had been decapitated.

The weather Sunday was bleak, overcast, and cloudy. I tried to get a few interesting photos to share here.

Thanks for visiting and commenting! It's wonderful to be a part of such a great community of photographers.

From your shots, you have convinced me that a trip to South Carolina is a must. Thank you.

What a horrible time in our history but I guess historians in the future will say the same thing about our current times. ;(

Tim from Ft. Worth, United States

Given your premise that you have described, I'd be hesitant to travel down this path. :-| A great view as we are enveloped by the foliage!